1. What did Coubertin invent? , or . 2. How many Highland sports did he include in the Olympic games? , or

Clans at the games

1
Look at the picture and put the words back into the text to define the word “clan”. 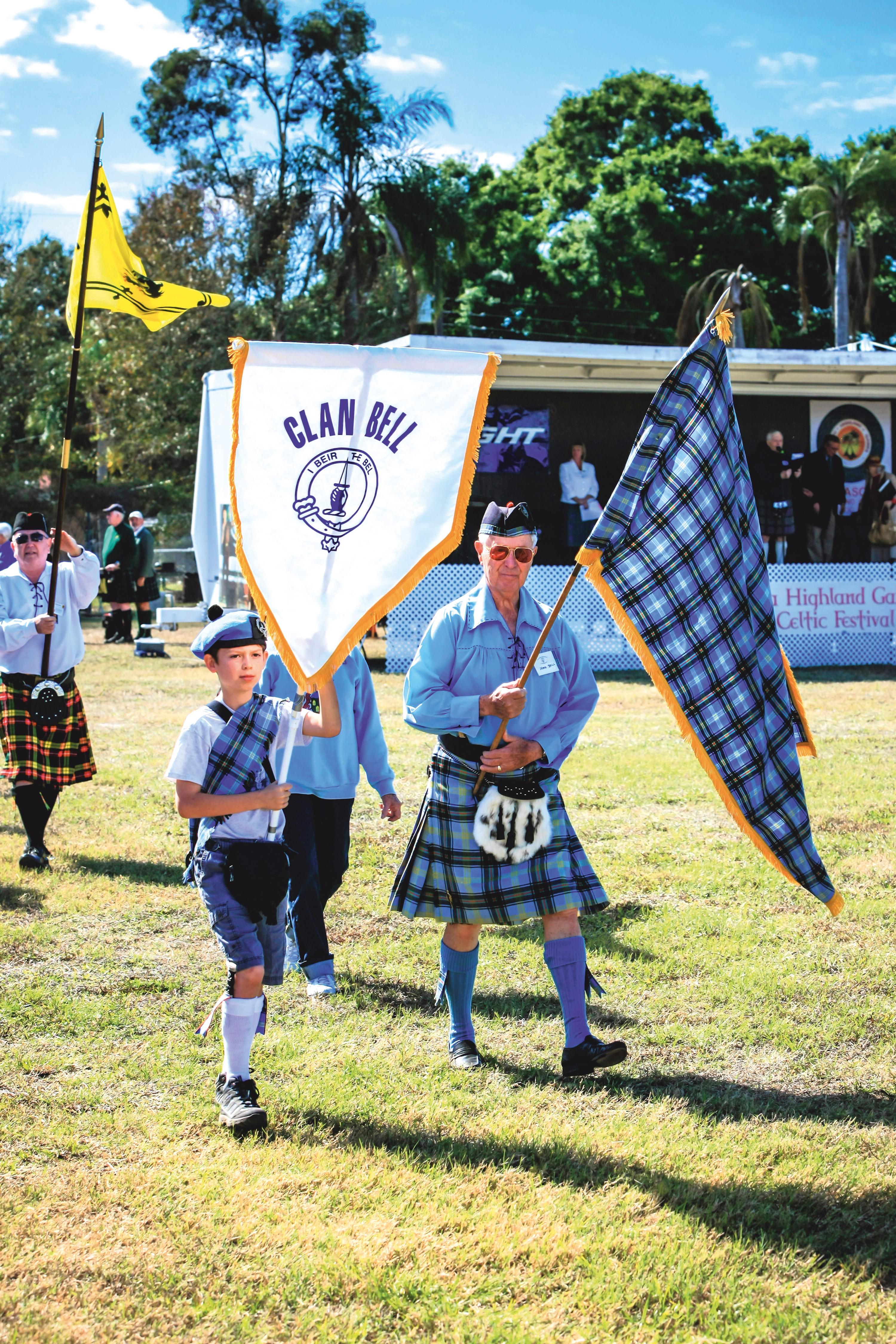 A is a unique Scottish word. It doesn’t mean , as some people think. It designates a social group, people who work and fight together. Traditionally, members adopted the name of the clan to show their loyalty. Each clan has a different , on their clothes, with a distinct pattern of coloured blocks and . Most clans originally come from the of Scotland, not the near the English border. Not all Scotsmen  to a clan!
2
Watch the video and try to explain this game.
Expoza Travel/Youtube/DR
3
Reorder these words to create instructions for this game. a) the / Hold / in / stone / one / hand / . / ➝ b) your / it / against / neck / Place / . / ➝ c) in / circle / a / Turn / quickly / . / ➝ d) Throw / as / stone / as / possible / the / far / . / ➝

1
Listen to the audio. Then complete the text to describe the picture.
The Scottish Olympics
This picture King Malcolm’s race. In the 11th , the King organised a race to the of a large . The of the race became the King’s messenger. Some people this inspired the Highland Games.
2
Choose the events which are not mentioned in the audio.
3
Watch the video and fill in this poster for the Highlands Games of Braemar.
Tour Scotland/Youtube/DR

THE HIGHLAND GAMES OF BRAEMAR

The Saturday of .For almost centuries ! More than of spectactors! On the bill:
❖ performances
❖ Dance
❖ of strength.
❖ Races over various distances.
Let’s gather the millions of Scottish living around the planet! 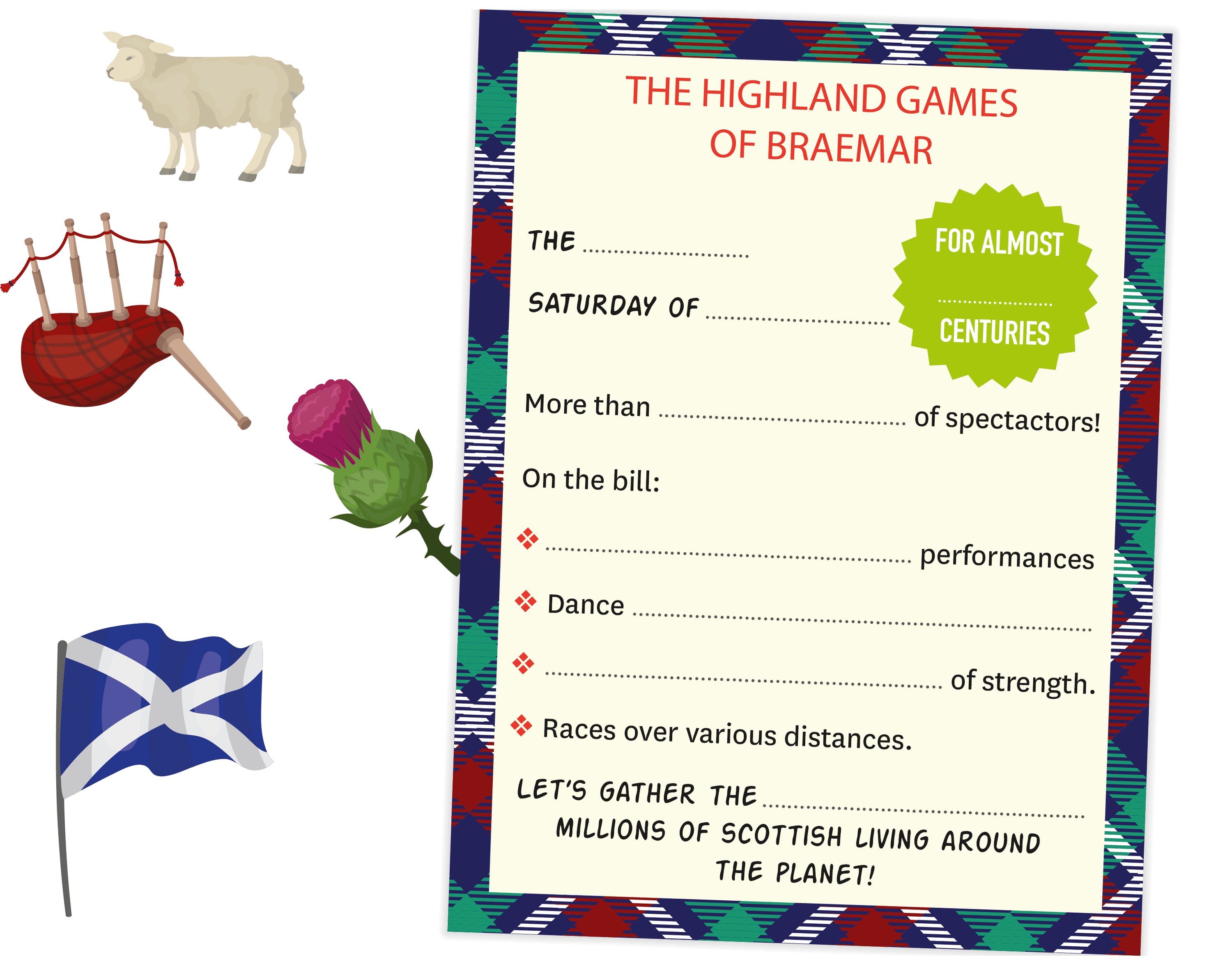 Come to the games

1
You want to go to the Bermuda Highland Games with a friend. Fill in the text message with elements from the poster. See Grammar. 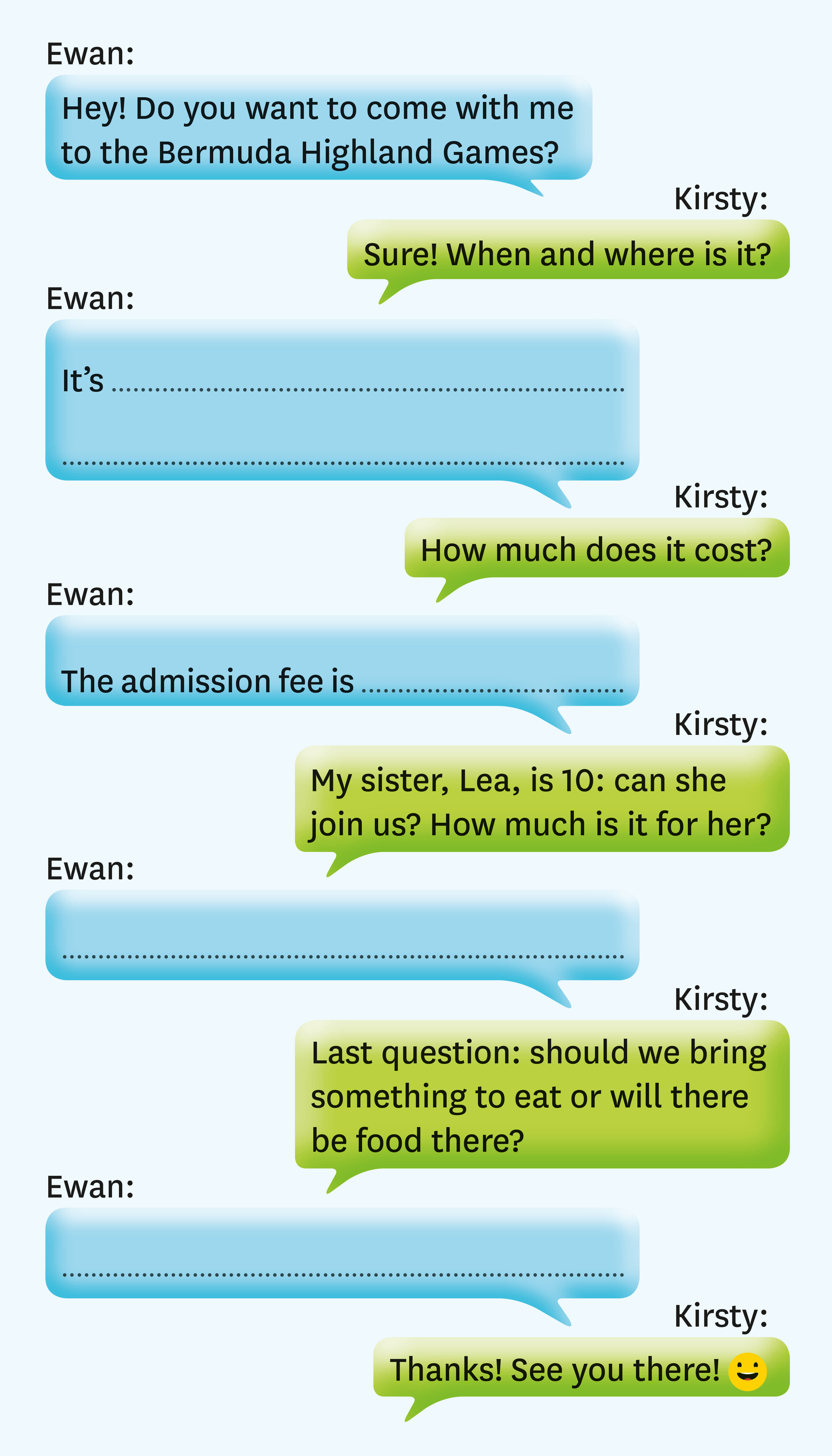 Les prépositions : at, on et until