Titanic is a 1997 blockbuster movie which is based on facts, but includes fictional elements. Jack and Rose, played by Leonardo Dicaprio and Kate Winslet, never existed. The film won 11 Oscars! Do you know any famous lines from the script?

1.
Describe the photograph. How are these people related to each other?
2.
Listen and find out who the mystery passenger is.
3.
Complete a mindmap with the keywords.
4.
Identify the people on the photograph.
}
Learning more

02Memories from the past

Date of birth: December 19, 1902
Date of death: January 27, 1982
Nationality: English
Subsequent job: photographer
Reason he was on the Titanic: immigration to the USA
Class on the Titanic: 3rd
Family: one brother / father died on the Titanic
Got married: in 1926
Eva Hart

Date of birth: January 31, 1905
Date of death: February 14, 1996
Nationality: English
Subsequent jobs: singer and magistrate
Reason she was on the Titanic: immigration to Canada
Class on the Titanic: 2nd
Family: only child / father died on the Titanic
}
Memories from the past

Memories from the past

1.
Look and describe what you can see. Compare the people.
2.
Listen and describe the characters’ families. Use the genitive.
3.
Now write the short biographies of two survivors.

03Story of a life

Story of a life

1.
Read the text. Then, say what it is about. Give three or four key dates.
2.
Read again and make a timeline of Margaret’s life.
3.
Draw and describe Margaret’s family tree.

Margaret Tobin Brown was born on July 18 1867 in Missouri. She was the daughter of John and Johanna Tobin. She had two brothers, Daniel and William, and one sister, Helen. At 18, she met James Brown, and married in 1886. They had two children, Lawrence and Catherine and separated in 1909. In 1912, Margaret traveled to Egypt and Europe. On April 10 1912 she boarded on the Titanic and survived. During her life she fought for the rights of workers and women. Margaret died on October 26 1932.
Adapted from Wikipedia.

Observe: She was John and Johanna Tobin’s daughter. Eva’s father died on the Titanic.

Think: Identify family relationships. How do you express them?

Practise: Describe Margaret’s family tree.
Page précedente : Mission 1
Looking into the past
Page suivante : Think about it
Think about it
DYS 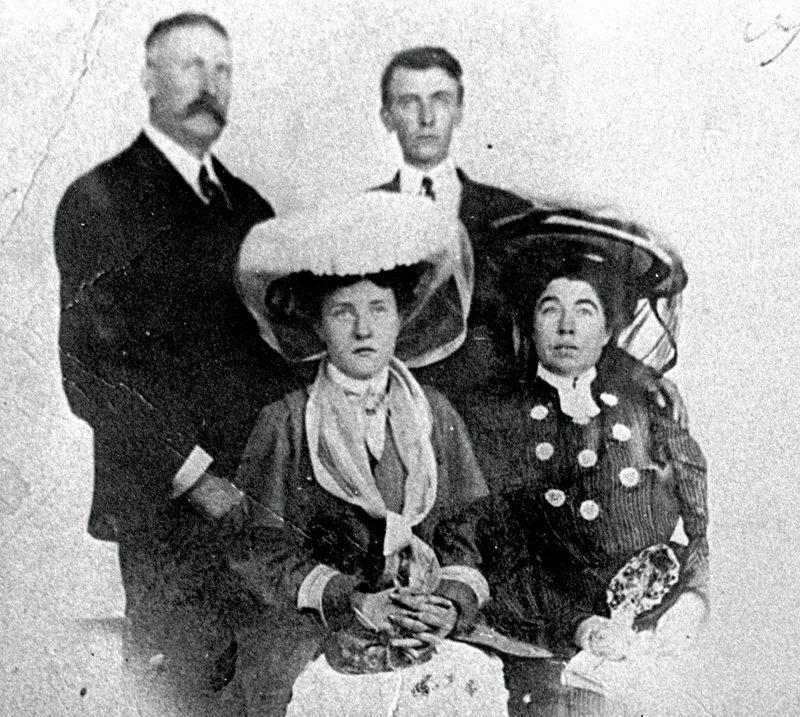 Énoncé
Describe the photograph. How are these people related to each other?

Énoncé
Listen and find out who the mystery passenger is.

Énoncé
Complete a mindmap with the keywords.

Énoncé
Identify the people on the photograph.
Livre du professeur