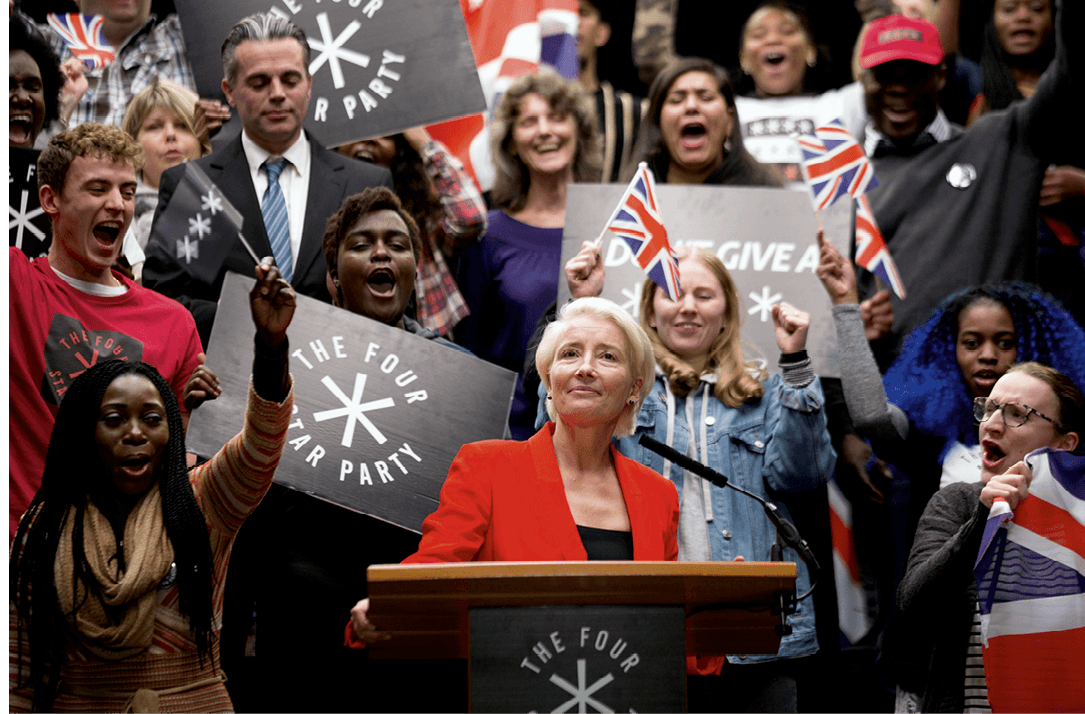 In Years and Years, the six‑part BBC drama series from the writer Russell T Davies that starts this week, Daniel (Russell Tovey) cradles his newborn nephew and says: “I don't think I could have a kid in a world like this... Because if it's this bad now, what's it going to be like [for him] in 30 years' time, 10 years, five years?” It would be tempting to write Daniel off as a catastrophist except that, as the series shifts forward in time, he and his family are forced to navigate an increasingly divided country in which technology is wreaking havoc, the economy is collapsing and war in Europe is bringing record numbers of refugees to British shores. If you think we've got problems now, Davies seems to warn us, you ain't seen nothing yet. Years and Years is by no means the first UK drama to imagine an alarming future: The Guardians (1971), Survivors (1975) and Threads (1984) variously imagined a fascist takeover, a plague and full‑blown nuclear catastrophe. [...] In these troubled times, such visions of the future can provide catharsis of sorts, though Davies's drama is a rare example of television considering the current situation and showing us where we might realistically end up. Rather than depicting asteroids, contagions or aliens hijacking the human race, it offers a grimly believable reality in which the most difficult and divisive issues of today – the migrant crisis, technology and the environment – bring about gradual societal breakdown. But is this really what we want as entertainment? Are we not traumatised enough by what we see on the news?
“From Years and Years to Bird Box: why we turn to dystopian dramas in a crisis”, Fiona Sturges, Guardian News & Media Ltd, 2019.
Questions
You are in charge of one document.
Workbook p. 47
1
Study your document and present it.
2
a. What vision of the future of a post-Brexit Britain does it give? Is it realistic? b. What role do social networks and technology play in this representation?
Let's talk this out!
Mediation
3
Is this TV series more or less effective than tweets as a warning about the dangers of social media use for political purposes?
4
Do you feel like watching it? Why or why not?

1 min In groups of three, make sentences about the evolution of Britain and (or) the World Wide Web over the next or past few years.

Let's use what you have learnt in !
Share your review of this BBC series. Explain what role technology plays in this futuristic Britain. Do you recommend watching it or not?
Enregistreur audio