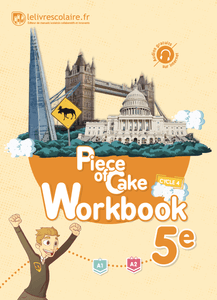 The man, the king, the legend!

1
The Sword in the Stone

Activities
1. Find out the hidden words in this word snake. Then, complete the text with some of the words you found to describe the
picture in your textbook
.

Activities
1.
Group work
Read the text, select key information and classify it in this mindmap.
Legend says that, a long time ago, King Uther Pendragon and Lady Igraine had a son: Arthur. Both his parents died when he was young, so Merlin, Uther's wizard counsellor, sent Arthur to live with a knight, Ector.One day, Arthur found a gleaming sword stuck in a stone! A man told him that whoever could pull out this sword as the true king. Arthur succeeded and became King of England.During his reign, he battled against his rivals with the help of his fantastic sword Excalibur. Throughout his extraordinary adventures, Arthur lived with his wife Guinevere, Merlin, Sir Lancelot and other knights in Camelot, the castle where the Round Table was.One legend even says that Arthur never died and that he still lives in Avalon, ready to return when the British need him…
2. List the characters, then link them to the actions. Write full sentences using the verb in the past tense.
King Uther and Lady Igraine had a son.
Tip
3.
Bonus question
Choose the right meaning for these words from the text. a) Both: (one of two / two of two / none of two).b) Gleaming: (shining / singing / dancing).c) Pull: (move an object in the direction of your body / move an object away from yourself / move an object in a circle).d) Against: (on opposite teams / on the same team).e) Need: (call / find (surprisingly) / want (urgently)).

Activities
1. Here are some adjectives to describe films. Fill the table with the words for positive reviews and negative reviews.
2. Choose one of the
three posters
and describe it. Explain why you like it. This is a poster for the movie , released in and directed by . I can see . There is / are . I like it because . 3.
Group work
In groups, vote for your favourite poster. Decide which poster is the most (or the least) attractive. Discuss with your group.