Reading corner
Steve Roger’s1 ideals have always matched their times—so in the 1950s, he became the “Commie Smasher.”

In a scene from Marvel’s latest film Captain America: The Winter Soldier, S.H.I.E.L.D. director Nick Fury (Samuel L. Jackson) reveals a radical new defense plan that will allow agents to neutralize “a lot of threats before they even happen.”Captain America’s alter ego Steve Rogers retorts, “I thought the punishment usually came after the crime.”

Now that the Captain America character displays these kinds of anti-“thought police” attitudes on the big screen, it’s probably difficult to imagine Cap was once a witch-hunting, anti-communist crusader in the tradition of Joseph Mc Carthy. But for a brief time in the 1950s, that’s exactly what he was.

After World War II ended, the popularity of superheroes—especially patriotic ones—began to wane2 , giving way to the rise of horror and romance comics. By 1949, Captain America comic books went from being one of Timely Comics’—the company name before it was rebranded3 as Atlas and eventually as Marvel—biggest sellers to one of its weakest. [...] Almost five years later, though, Timely (now called Atlas) revived Cap. For nine months—from December 1953 to September 1954—Captain America was known as the Commie Smasher, along with his World War II sidekick, James “Bucky” Barnes. [...]

“A lot of comics were struggling4 to find distribution,” said Steve Saffel, senior acquisitions editor at Titan Books, who worked closely with Captain America co-creator Joe Simon on Simon’s autobiography, Joe Simon: My Life in Comics. “So publishers had to come up with something everybody could agree upon. I think the reason they brought back Captain America was because there he was the biggest seller of the 1940s. All they needed was an enemy who’d placate5 the government, and that’s going to be the commies.”

Fueled by mass paranoia caused by Senator Joe Mc Carthy’s claims that the United States had been infiltrated by large number of Communists, Soviet spies and sympathizers, and the very real threat of the Cold War itself, Atlas began publishing three titles featuring Rogers as Captain America: Young Men’s,Men’s Adventures, and Captain America Comics. Because, as Steve Rogers himself says in one of his commie-smashing adventures, the Communists are “the Nazis of the 1950s.”

To explain his five-year absence in comics, Atlas founder and editor Martin Goodman, along with then-writer Stan Lee, decided that Rogers had retired from the Army. But when the Red Skull—Cap’s old Nazi arch-nemesis—returns, this time as a Communist working for the Kremlin, he is forced to don6 his star-spangled uniform and wield7 his mighty shield once again, along with his old sidekick, Bucky.

The Cap in The Winter Soldier is one who, much like in Mark Waid’s 2010 five-issue miniseries Captain America: Man Out of Time, fights for what he feels is best for the American people. “My job is to make tomorrow’s world better. Always has been. Once, long ago, I asked Bucky what purpose8 Captain America served outside of combat,” Roger says in the series. “It was a foolish9 question. There’ll always be something to fight for. And I’ll always be a soldier.”

The beauty of Captain America is that he is and always has been a symbol of the American dream. But that dream encompasses10 what German psychologist Erich Fromm called the basic human dilemma, which is the conflicting desire for both security and freedom. As a symbol, Cap will always struggle with that balance, reflecting our own struggles to define just what being an American means.

a) What is the link between Captain America and Steve Rogers?

b) Who were Captain America's first enemies in the 1950s?

c) What were the two previous names of Marvel?

d) What is a "commie smasher"?

e) Who was his sidekick?

f) Who claimed America was invaded by Communists? To whom Communists are compared?

g) How did the writer explain Captain’s absence?

i) What does Captain America embody?

j) What is Captain America’s dilemma? 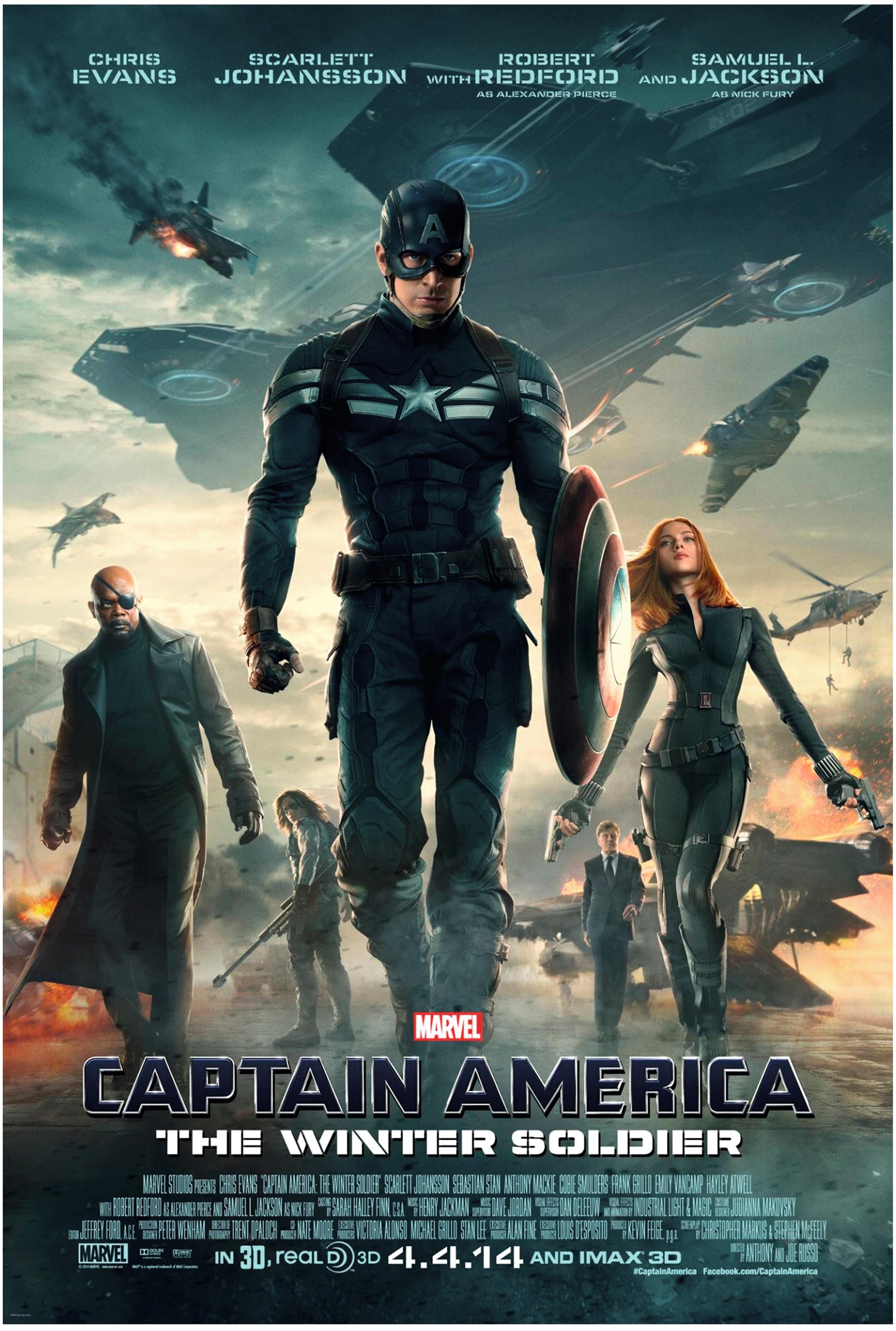 Captain America, The Winter Soldier, by Anthony and Joe Russo, 2014.

Superhero Comics are one of the most common genres of American comic books. The genre was at its zenith in the 1930s and 1940s and has remained the dominant form of comic books in North America since the 1960s. The fi rst superhero introduced was Superman in 1938 in Action Comics #1, many others followed.

McCarthyism refers to U.S. senator Joseph McCarthy (R-Wisconsin) and has its origins in the period in the United States known as the Second Red Scare, lasting from the late 1940s through the 1950s. It was characterized by heightened political repression. During the McCarthy era, hundreds of Americans were accused and convicted of being communists or communist sympathizers.


1
You decide to write an open letter to convince the Writers’ War Board (go on the Internet to find out information about it) that comics are still an effective means of propaganda. Imagine who they could be fighting against in today’s America (180-200 words).