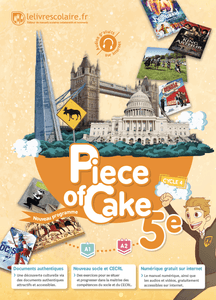 William is called Guillaume in France! Some English names have a French equivalent: Stephen becomes Étienne (Esteban in Spanish). And nicknames are used too: Prince Harry's official name is Prince Henry! What else do you know about Britain? 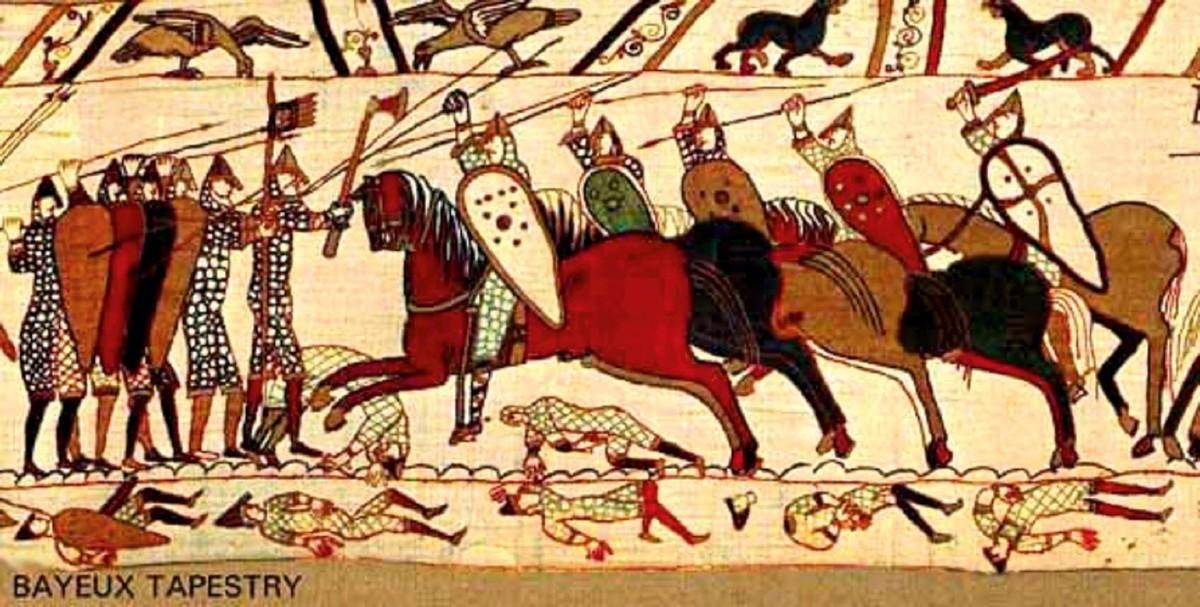 Le zoom est accessible dans la version Premium.
Crédits : Dan Koehl/Wikimedia
A segment of the Bayeux Tapestry (the Battle of Hastings).
1. What does the
picture
show? 2. What is the main subject of this lesson? Focus on the questions that you hear.
3. Spot the Normans and the Saxons on the picture. 4.
Group work
Find other tapestry segments and
describe
https://fr.padlet.com/
them to the class.

Activities
1
On 6 January 1066, Harold became King of England.
2
The Normans killed King Harold. But how did he die? Some say that he was killed by an arrow to the eye, or hacked by a Norman knight. When Harold died, the battle was over.
3
On 5 January 1066, King Edward the Confessor died.
4
Harold Godwinson went to Normandy. Harold's ship landed in Ponthieu, north of Normandy, the land of the fierce Count Guy. Count Guy's soldiers captured Harold.
5
On 14 October 1066, the Battle of Hastings began. The air filled with arrows and lances. The English soldiers, who were all on foot, protected themselves with a wall of shields. The lower border of the tapestry is filled with dead and injured soldiers.
6
William decided to attack England.
Adapted from www.bayeuxtapestry.org.uk.
1. Watch the
video
. What is it about? 2.
Pair work
Mr Cray gave the students a
paper about 1066
. Lawrence's dog played with it and tore it up. Help him collect the pieces and recreate the story. 3. Now,
create
https://webquest.fr/
a timeline of the events!

Observe: When did the Battle of Hastings happen? When was William's coronation? Think: Spot the verb and the auxiliaries. What is the difference? Practise: Ask your classmate questions about what he / she did yesterday.

A1+
I can write yes/no questions.
A2
I can write a variety of questions in the past tense.
A2+
I can also propose answers.