Activities
1.  Look at the photograph and indicate how these people are probably related to each other. Then, describe them.
The man is wearing a jacket / a suit / a tie… The man on the left is probably... He is wearing...
Tip 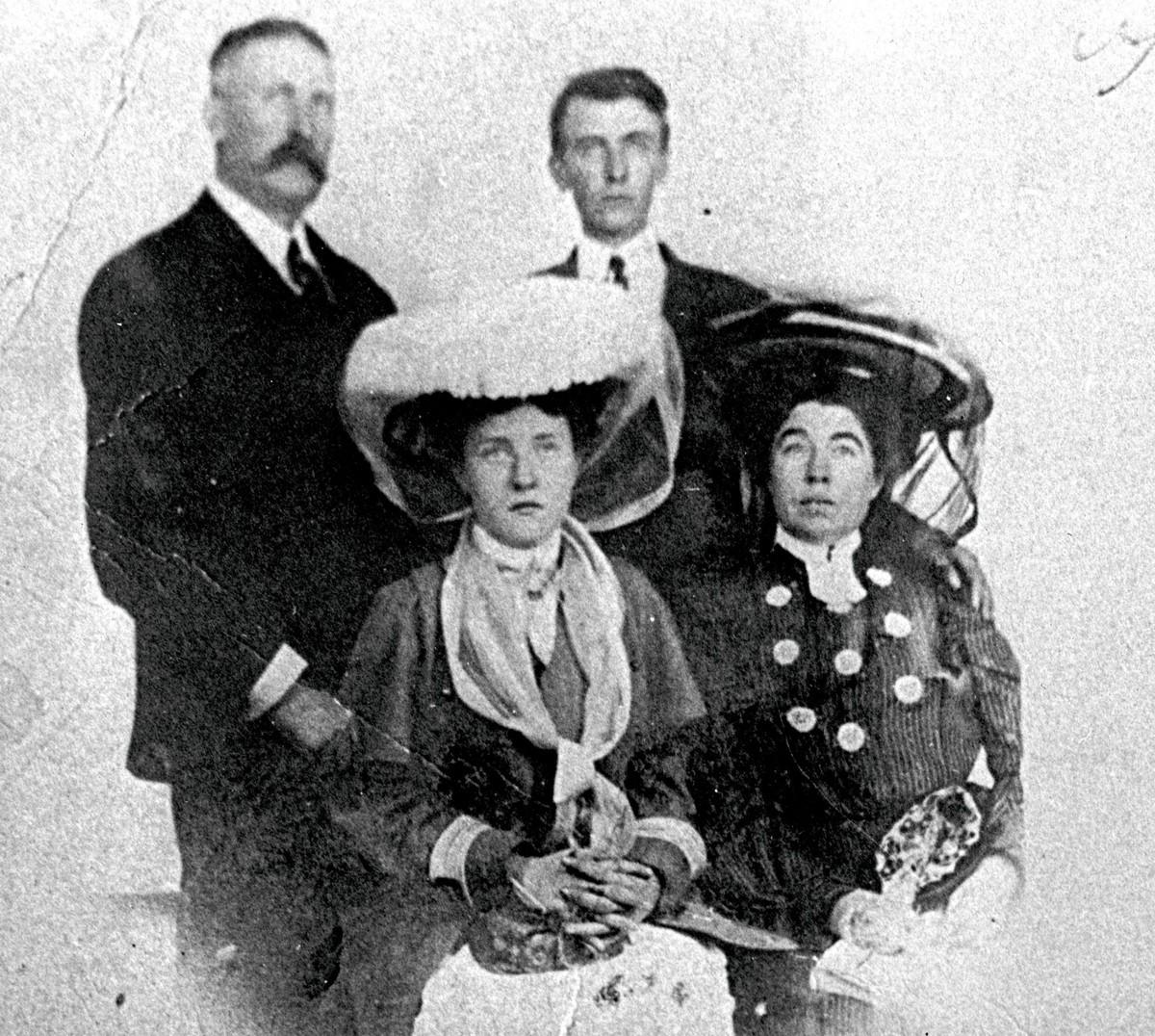 Le zoom est accessible dans la version Premium.
Crédits : The Denver Public Library, Western History Collection, 720-865-1821
2.  Listen and find out who the mystery passenger is. Explain how these people are related to her.

2
Memories from the past

Activities
1.  Look at the picture and match each sticker to a character.
A rich housewife
An elegant father
A very young child
A girl with long hair
A child who looks tired

a
b
c
d
e
Crédits : Library of Congress/Brian Harris/Alamy
2.  Complete the sentences to describe the survivors' families. a. The young child on the photo must be Frank's .b. The two adults on the photo are Eva's . 3.  Complete the text with the information you can find in your
textbook
. a. Frank Goldsmith was born on . His parents wanted to (verb) to the USA. He got married in . He died on .b. Eva Hart was an (nationality) girl. She went on the Titanic when she was years old. She became a and a . 4.  Listen to the story of this woman and complete the form.

3
Story of a life

Activities
1.  Read the text, then answer the quiz.
Margaret Tobin Brown was born on July 18 1867 in Missouri. She was the daughter of John and Johanna Tobin. She had two brothers, Daniel and William, and one sister, Helen. At 18, she met James Brown, and married in 1886. They had two children, Lawrence and Catherine and separated in 1909. In 1912, Margaret traveled to Egypt and Europe. On April 10 1912 she boarded on the Titanic and survived. During her life she fought for the rights of workers and women. Margaret died on October 26 1932.
a. Where was Margaret born? (New York / Colorado / Missouri).b. How old was Margaret when she met James?  (1st class / 2nd class / 3rd class).c. Where did Margaret travel? (To Europe / To Africa / To Asia).d. Who did she fight for? (Minorities / Workers / Women). 2.  Read again and make a timeline of Margaret's life. 3.  Fill in Margaret's family tree.