I was introduced to the OASIS at an early age, because my mother used it as a virtual babysitter. As soon as I was old enough to wear a visor and a pair of haptic gloves, my mom helped me create my first OASIS avatar. Then she stuck me in a corner and went back to work, leaving me to explore an entirely new world, very different from the one I’d known up until then.

From that moment on, I was more or less raised1 by the OASIS’s interactive educational programs, which any kid could access for free. I spent a big chunk2 of my childhood hanging out in a virtual-reality simulation of Sesame Street, singing songs with friendly Muppets and playing interactive games that taught me how to walk, talk, add, subtract, read, write, and share. Once I’d mastered those skills, it didn’t take me long to discover that the OASIS was also the world’s biggest public library, where even a penniless kid like me had access to every book ever written, every song ever recorded, and every movie, television show, videogame, and piece of artwork ever created. The collected knowledge, art, and amusements of all human civilization were there, waiting for me. But gaining access to all of that information turned out to be something of a mixed blessing3. Because that was when I found out the truth.

[...] I started to figure out the ugly truth as soon as I began to explore the free OASIS libraries. The facts were right there waiting for me, hidden in old books written by people who weren’t afraid to be honest. Artists and scientists and philosophers and poets, many of them long dead. As I read the words they’d left behind, I finally began to get a grip on the situation. My situation. Our situation. What most people referred to as “the human condition.”

It was not good news.

[...] “You’re probably wondering what happened before you got here. An awful lot of stuff, actually. Once we evolved into humans, things got pretty interesting. We figured out how to grow food and domesticate animals so we didn’t have to spend all of our time hunting. Our tribes got much bigger, and we spread across the entire planet like an unstoppable virus. Then, after fighting a bunch of wars with each other over land, resources, and our made-up gods, we eventually got all of our tribes organized into a ‘global civilization.’ But, honestly, it wasn’t all that organized, or civilized, and we continued to fight a lot of wars with each other. But we also figured out how to do science, which helped us develop technology. For a bunch of hairless apes4, we’ve actually managed to invent some pretty incredible things. Computers. Medicine. Lasers. Microwave ovens. Artificial hearts. Atomic bombs. We even sent a few guys to the moon and brought them back. We also created a global communications network that lets us all talk to each other, all around the world, all the time. Pretty impressive, right?

“But that’s where the bad news comes in. Our global civilization came at a huge cost. We needed a whole bunch of energy to build it, and we got that energy by burning fossil fuels, which came from dead plants and animals buried deep in the ground. We used up most of this fuel before you got here, and now it’s pretty much all gone. This means that we no longer have enough energy to keep our civilization running like it was before. So we’ve had to cut back. Big-time. We call this the Global Energy Crisis, and it’s been going on for a while now.

Excerpt(s) from READY PLAYER ONE by Ernest Cline, copyright © 2011 by Dark All Day, Inc.. Used by permission of Crown Books, an imprint of Random House, a division of Penguin Random House LLC. All rights reserved.

a) What happened to the narrator as a child?


b) What role did the OASIS play during his childhood?


c) What did Wade (the narrator) discover in the OASIS?


d) Was it a good discovery?


e) What information was he looking for in the books of the OASIS?


f) Who is speaking here?


g) What are they saying? Rephrase in one sentence.


h) Comment on the tone used. What effect does it create?


i) What is the Global Energy Crisis? Rephrase in your own words. What’s happening on earth?

j) Do you think it could really happen?

Ernest Christy Cline is an American novelist, slam poet, and screenwriter. He is known for his novels Ready Player One and Armada; he also co-wrote the screenplay for the film adaptation of Ready Player One, directed by Steven Spielberg. 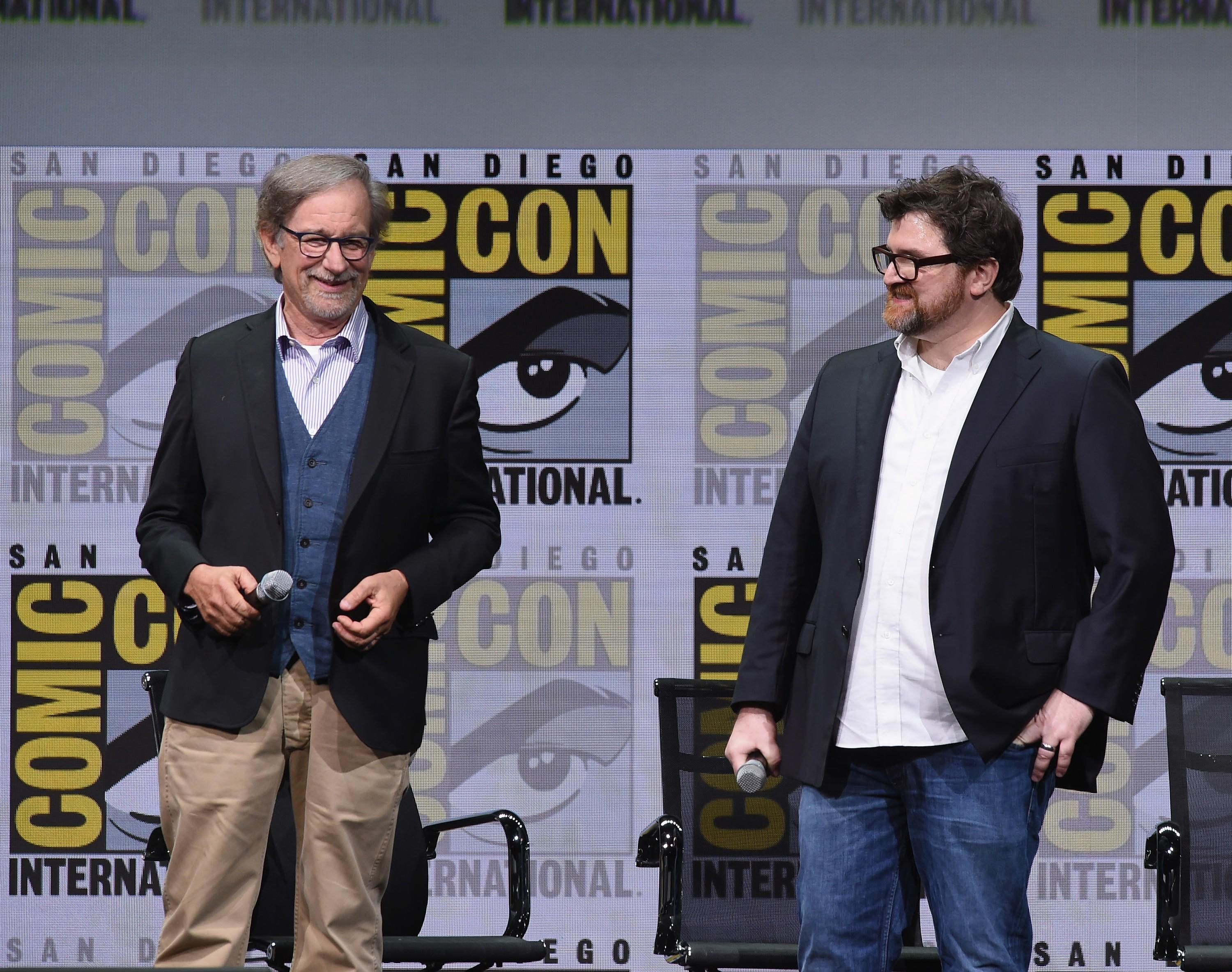 
Reality is broken. Game designers can fix it.

1
You participate in a Ted Talk conference and write your speech. Discuss this statement in your speech. Explain how video games can help escape reality, especially when it’s sometimes dull or depressing.

2
Wade (Ready Player One) writes a letter to teenagers of the beginning of the 21th century to warn them about the future.

Use all the things you have studied in this chapter to discuss the statement.

You can use elements from the text to support your arguments.

Give your personal opinion and illustrate it with examples!

You can find some help on methodology.