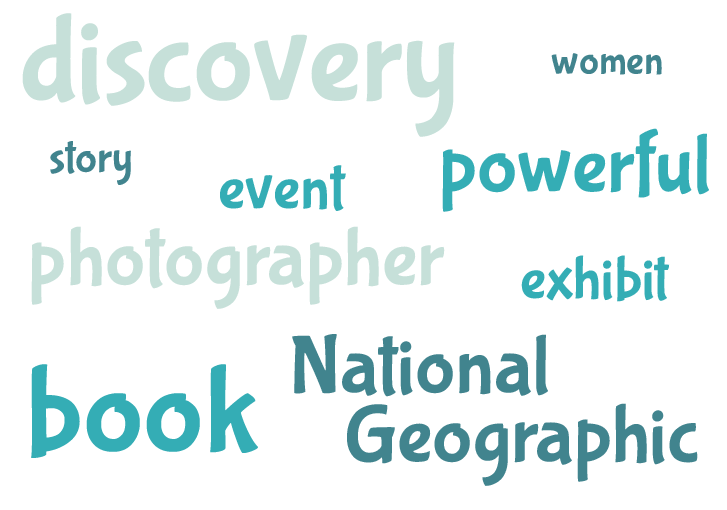 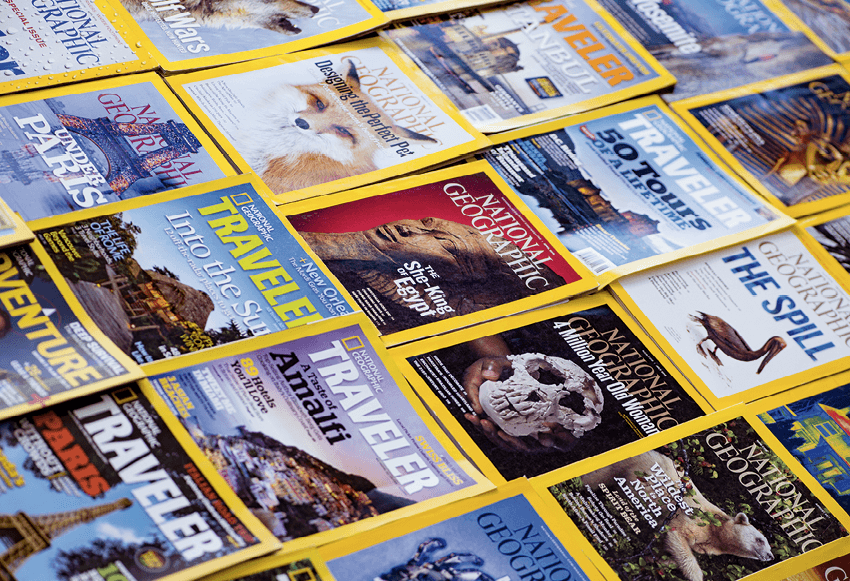 1
Avant l'écoute Lisez le titre ci-dessus et regardez le nuage de mots. a. Sur quoi peut porter cet enregistrement ? Faites trois hypothèses. b. Trouvez cinq autres mots que vous pourriez entendre dans l'enregistrement.
2
Après l'écoute En rendant compte, en français, du document, vous montrerez que vous avez compris les éléments suivants :
Compréhension de l'écrit
A few weeks after her arrival in New York, Berenice rented an apartment at the stylish Hotel des Artistes on Sixty-seventh Street, just west of Central Park. It had wonderful natural light, ideal for studio portraits. She began purchasing the equipment she needed for her studio and a darkroom. While Berenice was in high spirits about New York and her plans to photograph the city, there were some aspects of her life in France that she missed. In New York there was really nothing to compare to the Paris café light, and she often recalled how she and her friends would gather in the evening after work and exchange information and ideas. And whereas in Paris she felt her role as a photographer was commonly accepted, in New York things were different. Homemaking and motherhood were still considered to be women's chief responsibilities. In many professions, including photography, women were seldom to be seen. Berenice understood that to be successful she would have to demonstrate a level of skill and talent well beyond that of her male counterparts. “I realized from very early days that the cards were stacked against women and that things are more difficult for them,” she said. “My mother even told me that. But I don't think I realized until pretty late just how deep it was. … It's a very profound prejudice that permeates everything without you being aware of it.” She admitted there were times when she was disheartened and discouraged by the situation. [...] Berenice's first photographs of New York, taken in 1929, were made with her hand-held camera. She assembled about two hundred of these images in an ordinary photograph album with standard black pages. To Berenice these were no more than preliminary studies. “Just notes,” she called them. While she felt these photographs were satisfactory, she knew that she could do much better with a bigger camera, so she bought a Century-Universal view camera. It required the use of a tripod and took one photograph at a time on a large 8” x 10” film negative, from which prints of that size were made. Such cameras are often used today for commercial work, particularly architectural photographs. With its oversize negatives, the view camera produced prints that were finely detailed. Berenice's photographs were now deeper, richer, stronger. [...] Men often made fun of Berenice. “Women did not wear slacks then; they wore skirts,” Berenice recalled. “When I photographed New York, I put on ski pants. Truck drivers yelled at me, ‘Lady, take that off.' It bothered me. But I found the way was to ignore them, as if they weren't there.” […] Just as Atget was often taunted by passersby, so it was with Abbott. “I was shy about setting up my camera in New York,” she said. “The first time I tried I packed up and went home. But I knew I had to do it and I made myself come back.” One day Berenice lugged her equipment through Times Square and began setting up her camera before the eight-foot statue of soldier-priest Father Francis Patrick Duffy, a hero of World War I. The statue was tightly wrapped from head to toe in heavy blue cloth in preparation of its unveiling a few days later. As Berenice adjusted the tripod and began focusing, several curious people stopped to watch. Soon the gathering became a sizable crowd. Then a police officer arrived. He scolded Berenice for creating a disturbance.
George Sullivan
Berenice Abbott, Photographer, Courtesy of Houghton Mifflin Hartcourt, 2006.
Questions
a) In the 1st paragraph, what is mentioned as an essential characteristic in Berenice's photographs? Why is it important? b) What is the difference between Paris and New York specified here? c) Explain the sentence in bold in your own words.
d) How did her skills as a photographer progress? e) Why did some men yell at her in the 6th paragraph? How would you describe their behaviour? f) What happens at the end of the text? What does this illustrate?
Expression écrite
Choisissez un sujet et répondez-y en anglais en 120 mots minimum.
Sujet A - Texte
You are a journalist in the 1950s writing an article about women photographers in America. Write this article using specific examples.
Sujet B -
Texte
-
Vidéo
You are taking part in a conference called “To what extent has photography evolved since the 1920s in the United States?”. Write a speech about women photographers.
Sujet C -
Vidéo
You've just watched the video and you want to react about the event “Women of Vision”. Write a comment and give your opinion.