“We should all be feminists”


We Should All Be Feminists—Not Just On International Women’s Day
In 2012, Nigerian novelist Chimamanda Ngozi Adichie sparked a worldwide conversation about feminism with a TEDx talk she delivered in Euston, London, entitled We Should All Be Feminists. Adichie rejected the notion that “feminist” was an insult, and challenged the gender expectations we impose on boys and girls from a young age. When Adichie adapted her talk into a book-length essay, it became a bestseller—and a rallying cry for feminists of all stripes, from Beyoncé to Women’s March activists.

Following her TED talk, Adichie received a letter from a childhood friend, asking for advice on how to raise her baby girl as a feminist. Dear Ijeawele, Adichie’s new book, is her letter of response. In it, she offers fifteen invaluable suggestions for how to empower a daughter to become a strong, independent woman.

The advice in the book ranges from teaching a young girl to read widely to encouraging her to choose a helicopter, and not only a doll, as a toy if she so desires. It calls on us to recognize the role of language in reinforcing unhealthy social norms. Why are we so quick to tell little girls they are pretty or to praise little boys for being strong? Adichie encourages parents to have open conversations with their daughters about appearance, identity, and sexuality. To criticize cultural norms surrounding marriage, and debunk the myths that women are somehow biologically designed to be in the kitchen.

Dear Ijeawele cuts to the heart of sexual politics in the twenty-first century. There is still so much work to be done. The appalling “locker room talk” uncovered during the presidential campaign and the misogyny exposed by emboldened lawmakers stripping away women’s rights have ignited an urgently needed conversation about what it really means to be a woman today.

JOIN IN!
In honor of International Women’s Day and the publication of Chimamanda Ngozi Adichie’s new book, Read it Forward is joining a national social media campaign to celebrate women and raise awareness about just what feminism means today. And we want to hear from you! Just like the Penguin Random House employees in the images above have done, choose a quote from Dear Ijeawele from the list below—or find one in the book that resonates with you—and create your own sign. Post a photo on Facebook, Twitter or Instagram using the hashtag #weshouldallbefeminists. Tag @aaknopf on Instagram to share your photo with us!
• Teach her self-reliance.
• Tell her it is important to do for herself and fend for herself.
• Teach her to ask questions.
• Teach her to love books.
• “Because you are a girl” is never a reason for anything. Ever.
• Femininity and feminism are not mutually exclusive.
• Never speak of marriage as an achievement.
• Teach her about difference. Make difference ordinary.
• A father is as much a verb as a mother.
• Measure her on a scale of being the best version of herself.
• Encourage her participation in sports.
• Teach her to question language.
• I matter. I matter equally.

In her TEDx talk, Adichie defines a feminist as “a man or a woman who says, yes, there’s a problem with gender as it is today and we must fix it, we must do better. All of us, women and men, must do better.”

It starts with all of us. It starts today. Let’s do better. Because we should not only be feminists on International Women’s Day. We should all be feminists, every day.


“We Should All Be Feminists—Not Just On International Women’s Day”, Guinevere de la Mare, ReaditForward.com, 2017.


b) What does she encourage parents to do?


c) List the various campaigns in favour of women’s rights.


d) Explain the last sentence in your own words. 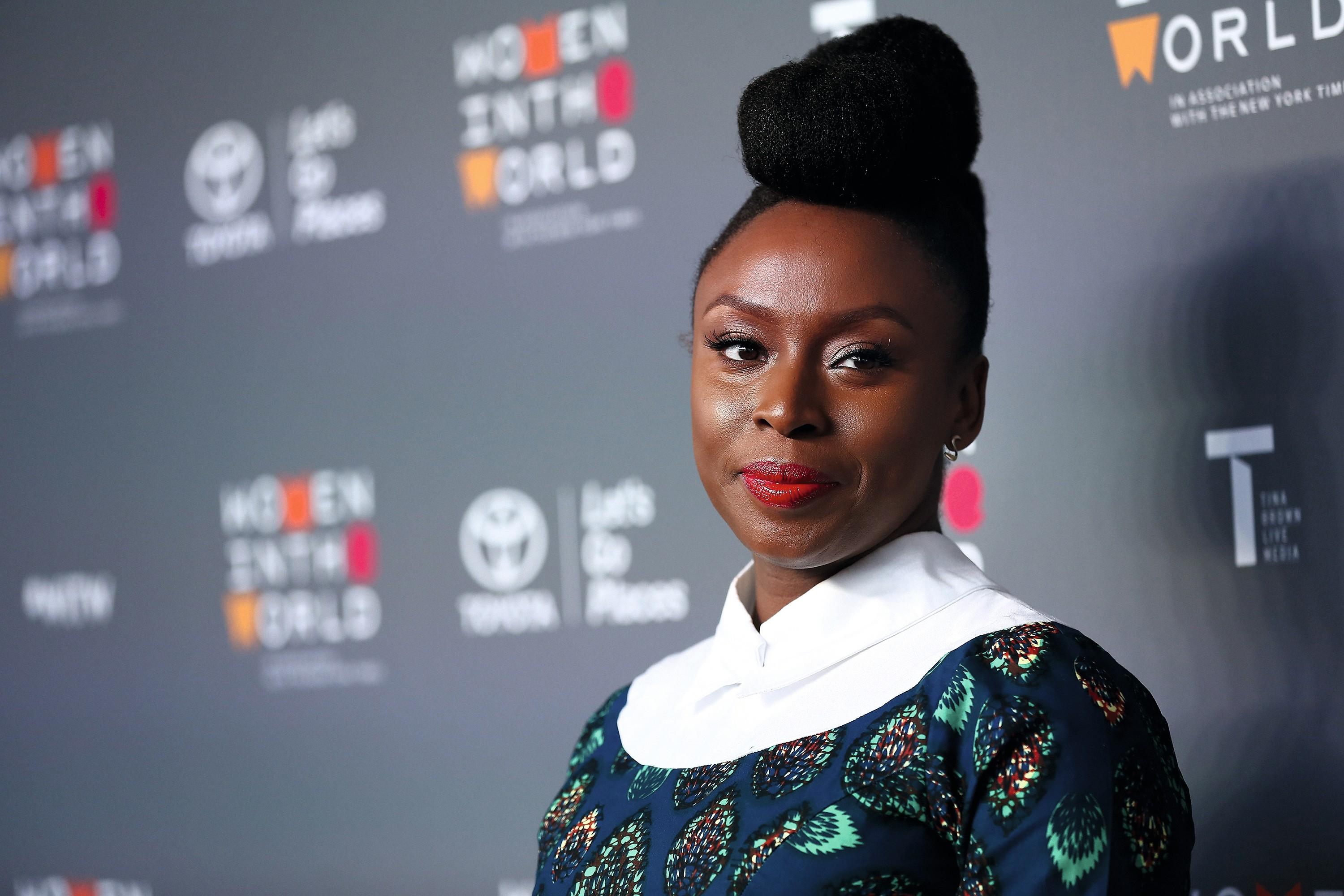 • Look for information about “We should all be feminists” and her other novels and works, and find a picture.

• Select the most relevant information and rephrase it.

• Find an anecdote to illustrate your arguments.

2
You decide to react to this book by writing a letter to the author and telling her how you feel about feminism (180 words).

Give your source when you quote information found on the Internet.

Be personal and express your opinion in order to catch the reader’s attention.