“Just got through reading the Lisbon treaty1 signed in 2007, it updated regulations for the EU! OMG!!!” and “Why is no one talking about the Lisbon treaty that comes into force in 2020???” Suddenly it's viral. If you see this everywhere online you may puzzle how the treaty's 3,000 dense pages have become such hot reading across Facebook, Twitter and Reddit. Look, for example, at what one (now deleted) tweet claims of what staying in the EU means: “Just been reading some of the Lisbon treaty, very worrying. By 2020 we lose our veto, control over fishing, agriculture and more. Also by 2022 all countries must adopt the euro. How can Theresa May and our MPs want to keep us in such an appalling club?” Post after post is spreading a fake list of the treaty's contents. If Britain stays in the EU, by 2020 we will be locked into vassalage of a new super‑state. There is never, of course, any quote or link to the real treaty. So who's doing this? Are these 20 posts real, Russian, or US‑financed far‑right bots, generated by any of the linked Brexit groups under different names? Impossible to tell, says Steve Peers, a professor of EU law at Essex University who has been chasing down this monster with painstaking rebuttals, refuting it point by point. [...] If it weren't so avidly believed and shared, this absurdity could be ignored, but it's typical Brexitology.
“The anti-EU lies are back to exploit Britain's weak spot again”, Polly Toynbee, Guardian News & Media Ltd, 2019.
1. signed in 2007, it updated regulations for the EU

When Prime Minister David Cameron announced his resignation this morning following Britain's vote to leave the European Union, it was impossible not to notice the irony of his situation. In his 2009 data speech, he described the Internet as an “amazing pollinator” that “turns lonely fights into mass campaigns; transforms moans into movements; excites the attention of hundreds, thousands, millions of people and stirs them to action.” This power has now been turned against him, as millions of people were motivated, persuaded and mobilised through the Internet to vote for Brexit. For several months, the Leave camp has been building momentum online and has been setting the tone of the debate across all major social networking platforms. Our large‑scale social media data analysis shows that not only did Brexit supporters have a more powerful and emotional message, but they were also more effective in the use of social media. We find that the campaign to leave had routinely outmuscled its rival, with more vocal and active supporters across almost all social media platforms. This has led to the activation of a greater number of Leave supporters at grassroots level and enabled them to fully dominate platforms like Facebook, Twitter and Instagram, influencing swathes of undecided voters who simply didn't know what to think. [...] Not only were there twice as many Brexit supporters on Instagram, but they were also five times more active than Remain activists.
“Impact of social media on the outcome of the EU referendum”, Dr. Vyacheslav Polonski, Researcher at University of Oxford, referendumanalysis.eu, 2016. 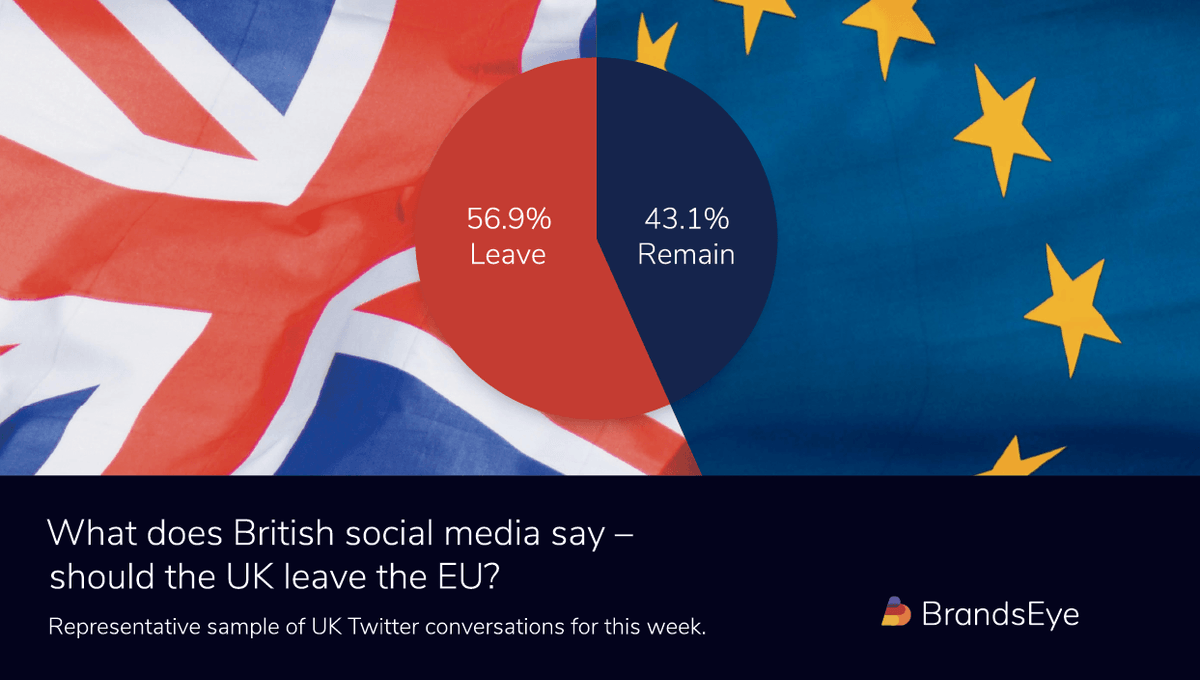 Tom Baldwin, who has written a book on the relationship between politics and media, told BBC Radio 4's Today programme the report's1 recommendations did not go far enough. “The social media ads that were seen used by Donald Trump and the Leave campaign are the most lethal political weapons ever invented,” Mr Baldwin said. Will Moy, the head of fact checking charity Full Fact, told the BBC that the same conversation about fake news is going on around the world ‒ and the reaction of some governments had been “quite scary”. He said MPs2 should acknowledge that it is important to also “stand proudly on being an open society and valuing free speech”. Rules for political advertising have become out of date because they do not work for online, and the transparency of where adverts come from should be available immediately, he added. Meanwhile, Jamie Bartlett, the head of think tank3 Demos, said the report is about the “long‑term integrity of elections” so people “trust they are getting accurate information”. He said he fears the Brexit debate could distract the focus of the issue. “So those who are pro‑Brexit will dismiss a lot of it, those who are anti‑Brexit will say ‘this is why we should have another referendum, and then we miss what is essentially far more important: The long‑term health of democracy.”
“Fake news, a democratic crisis for UK, MPs warn”, BBC.com, 2018.
1. report written by the Digital, Culture, Media, and Sport Committee on fake news, published by the UK Parliament in 2019 2. members of the UK Parliament 3. research and policy institute
Questions
You are in charge of one text.
Workbook p. 45
1
a. Read the text and sum it up in a few sentences. b. What is the message of your text? What is implied?
2
a. What impact do social networks have on people's opinions? b. Is this impact positive or negative? Explain.
Let's talk this out!
3
Discuss the similarities and differences between the three texts.
4
a. What is the role of the media in politics? Do you agree? b. How are fake news and free speech related?
5
Do you feel that social networks have an influence on your political opinion?
Useful vocabulary
I do feel like it can... since... I'd say I'm not that influenced because...

Write two “true or false” sentences about what you have read in these documents. Your partner will decide whether they are right or wrong and justify her or his choice orally.

Let's use what you have learnt in !
You write an article in your school newspaper to discuss the links between social media and politics. Use examples from Britain's Brexit experience.